Transitioning to Cursive in First Grade 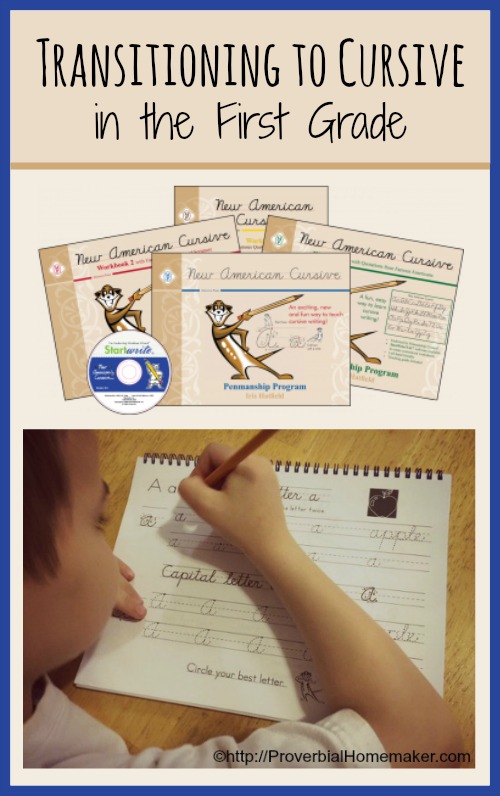 My oldest is 7 years old right now and has a decent print handwriting, although it has sometimes been a challenge for him. For the past several months I had been considering transitioning him over to cursive, and was given the opportunity to review New American Cursive: Penmanship Program Workbook 1 from Memoria Press.

The New American Cursive Workbook is a great start for beginners and uses a multi-sensory approach to really ingrain the skills necessary for good penmanship. The full program includes three books that have teacher instruction right in the workbooks.

New American Cursive is a form of cursive that has less strokes that other forms, and is therefore easier for children to master. The Memoria Press New American Cursive is further simplified without losing the classic style of the lettering. At first I wasn’t sure about the style of NAC, but after seeing how easy it was for my son to use, I think we’ll be sticking with it.

The workbook begins by introducing the cute little meerkat character of the book and then instructing on pencil holding position, correct paper placement, and the basic forms including dot, straight line, and curve. Then the student works on each letter of the alphabet with reviews and practice sheets throughout.

Toward the end of the workbook, there are additional practice sheets including numbers, often used words, and the pledge of allegiance. There is also a handwriting evaluation checklist and reproducible lined sheet pages. For extra, you can buy the StartWrite/NAC worksheet software to make your own custom handwriting worksheets.

How We Used the NAC Penmanship Program 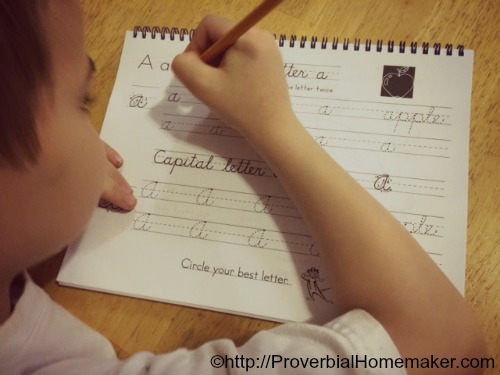 During lessons one day I talked to my son about how we’d be learning cursive starting that week. He had heard that one of his friends was writing in cursive, so his interest was piqued. I showed him the workbook and talked about how cursive connects all the letters and is a nice way of writing that can be really fun. He was eager to get started!

We started the lessons fairly slowly so I could be sure my son was learning the pencil motions and not just zooming through the worksheets. I also didn’t want him to get overwhelmed with such a different way of writing. 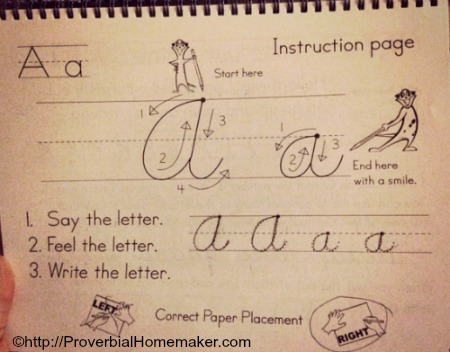 The first page of each letter lesson introduces the letter. It shows the print version of the letter and then the cursive version with arrows indication sequence of strokes. There are helpful prompts to remind the student to say the letter, feel the letter (tracing with finger) and then a space to write the letter by tracing. There is a diagram included to remind them of proper paper placement as well and little tips like “end with a smile” for the letter A. 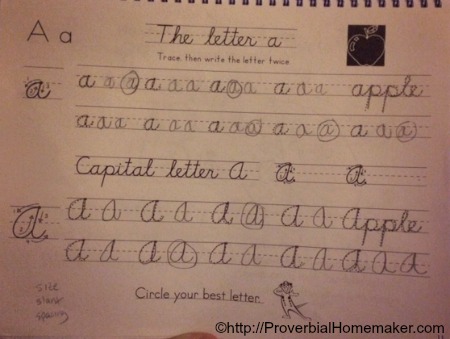 The second page is the main tracing and writing practice for the letter. Again a diagram of the order of pencil strokes is included. For every letter traced, the student writes the letter twice on his own, and then writes a full word at the end such as “apple.” They then circle their best letter. 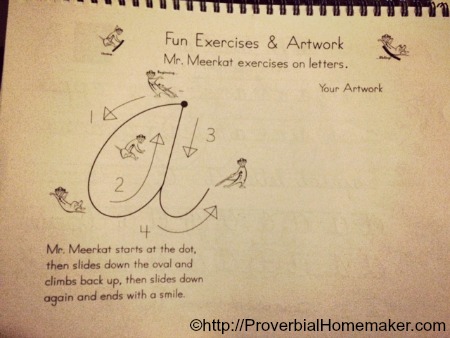 The third page is for fun exercises and artwork. There is a space for the child to do some free form artwork to strengthen fine motor skills. My son has yet to show much interest in the artwork aspect, but he happily does the exercise to close out the lesson. 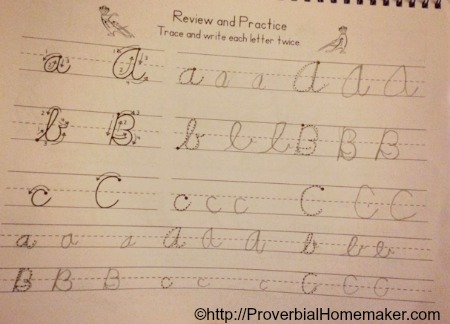 The review and practice page simply covers the last three letters with tracing and writing.

Some Things to Note

New American Cursive: Penmanship Program Workbook 1 is just right for us. It is simple for my son and easy for me to teach. We focus on writing as precisely as we can instead of writing large volumes at this point, and the workbook fits into that approach very well.

The biggest challenge he has had is with the slant of the letters as he learns this new way of writing. I think adding extra practice with the reproducible sheets will help us with that even if it slows down our progress through the book.

He has yet to switch to using cursive as he writes in lessons for other subjects, but he has started playing around with the idea, occasionally making his letters “hold hands” the way the workbook describes. The biggest wins for me are the ease of use for both of us and that my son doesn’t dread handwriting. 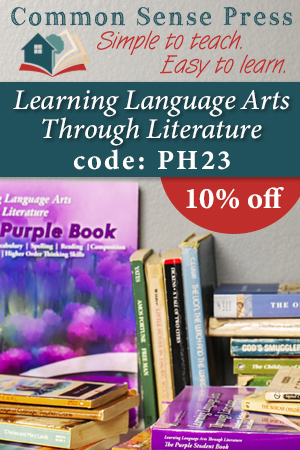