Some women choose to be single parents.  Some TV shows laugh at dads and portray them as bumbling idiots.  Even some women who are married often treat their husbands as if they can’t do anything right – so they’d rather just do everything themselves.  Unfortunately, we are living during a time when many people don’t see that dads are essential. 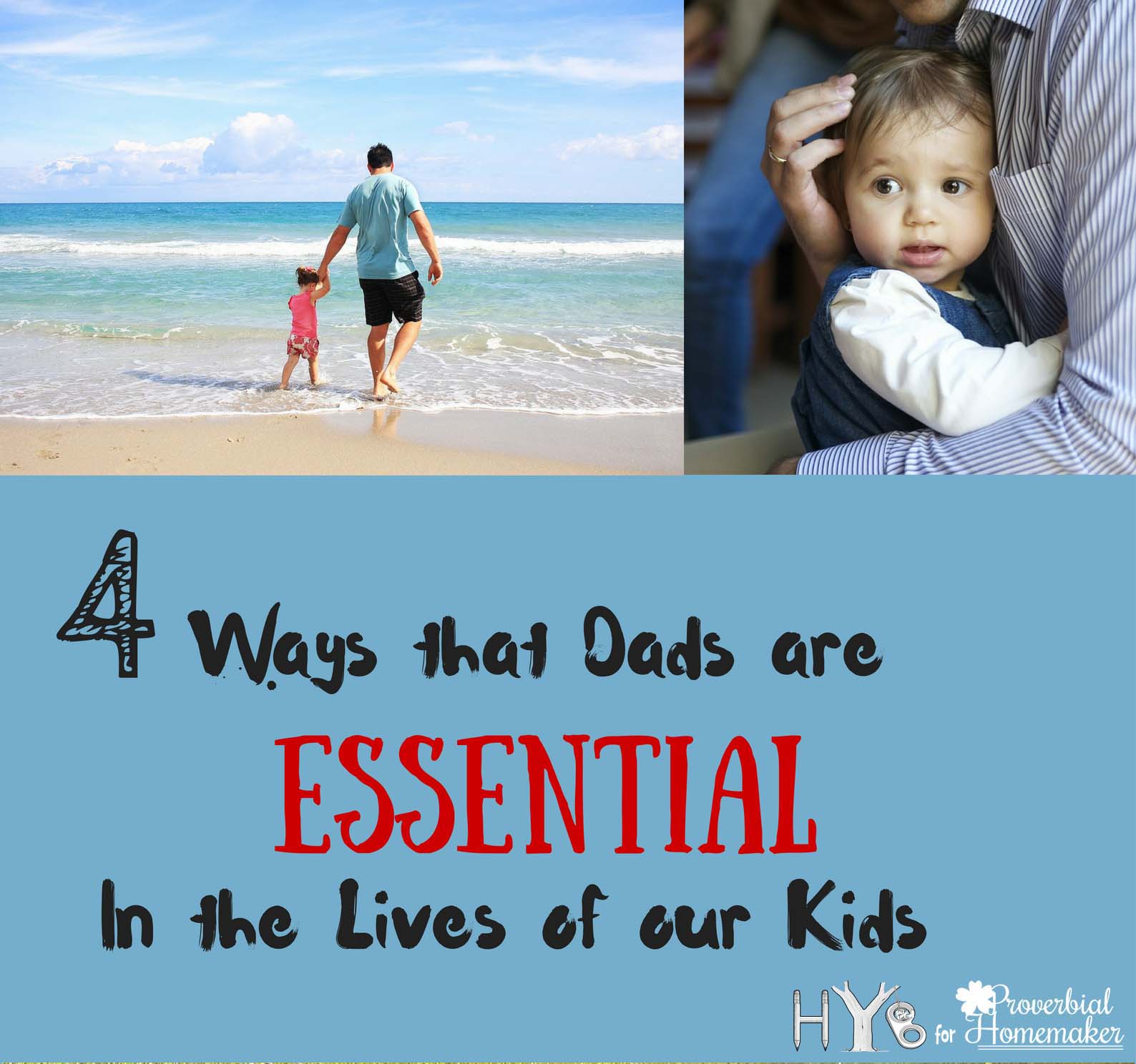 Most of us can feel in our heart that having a dad is essential to the well-being of a child.  And it turns out that statistics actually back up that feeling.  Children without a father in the home are almost four times as likely to be poor.  They also show higher levels of aggressive behavior.  They are at higher risk of being abused or neglected.  And they have significantly higher odds of incarceration later in life.

Having a father is essential for kids to reach their full potential.

Children who grow up with a father have a higher self-esteem, have more academic achievement, and are less likely to become teenage parents.  Girls often marry men who are a lot like their fathers and boys try to emulate the behavior of their fathers.

So what is it that dads do that is so influential to their children? 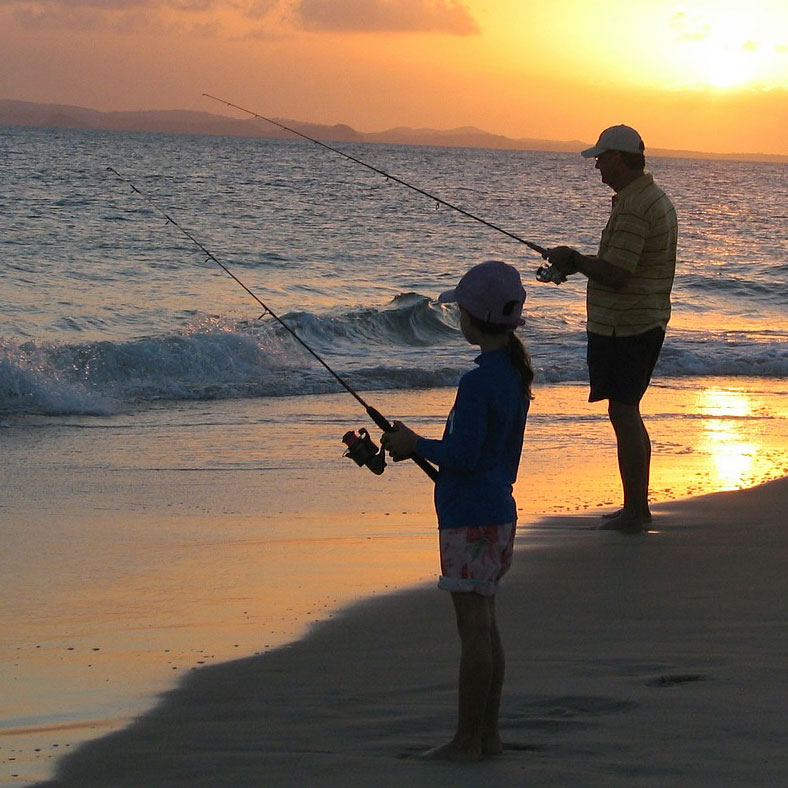 Here are 4 Ways that Dads are Essential in the Lives of our Kids:

Believe it or not, roughhousing is beneficial to our children in many ways.  It helps our kids learn to be more flexible and to roll with the punches.  It also helps them learn problem-solving skills and gives them a chance to be physically active.

For older kids especially, who aren’t as open to being hugged by their parents, roughhousing gives them a chance to accept some physical touch in a way that is less threatening to their egos.

I know that my teen boys absolutely LOVE wrestling with my husband.  They’ve gotten so big and strong that he can’t even take them to the ground anymore without hurting himself – unless they give him some help.  So they’ll get down on their knees when asked and then the wrestling will resume.

Men, in general, are more likely to take risks in life.  Women love the feeling of security.  Men enjoy security at times – but they’re also more likely to push the boundaries in an attempt to get to that next level.  Dads are more likely than moms to allow, and even encourage, their kids to participate in somewhat risky behavior because they can see the benefit.

If a child is climbing a tall tree, a father will watch with pride while a mother will stand below looking upward and fretting that he’s going to fall.

If a child is afraid to ride his bike without training wheels, a mom is usually more content to let them stay on until they feel more confident… while a dad is likely to take them off and strongly encourage the kid to ride without them – even if that means wiping out a few times in the process. 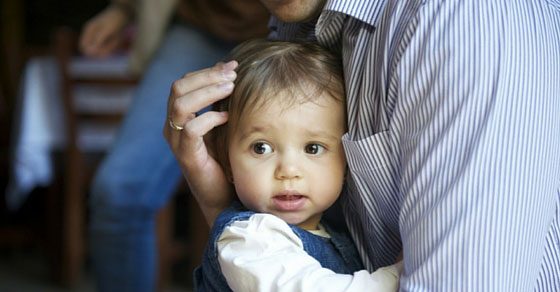 Dads provide a sense of security to their kids.  They’re big and strong and kids know that when dad is around, the world will be a little bit less likely to harm them.  Fathers are supposed to be a dim reflection of our Heavenly Father.  God is our ultimate protector – and good dads are His representatives on this earth.  As a child, there’s nothing like getting hurt and having your dad scoop you up in his arms and make it all better.

As a homeschool mom, I spend all day long making lessons for my boys, teaching them, cooking for them, cleaning up after them, and just generally spending time with them.  So, you can imagine my surprise when one day, one of my sons said, “Mommy, why don’t you play with us like Daddy does?” 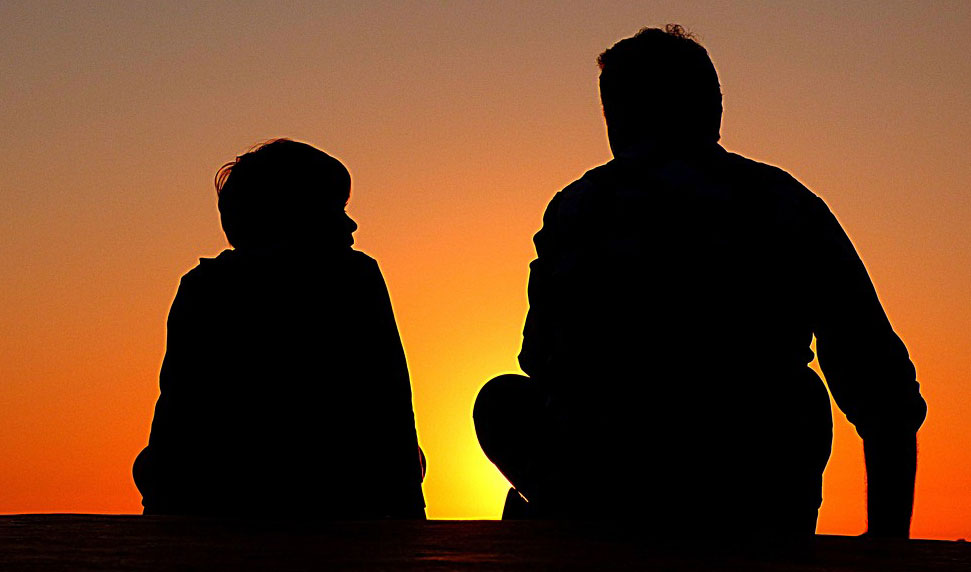 When I play games with my boys, I always relate it to something we are learning or some skill I want to teach them.  Dads just goof off with their kids for fun – and it makes such a difference in their lives!

What if Dad isn’t around?

If your children are in the unfortunate position that their father isn’t in their lives, all is not lost.  I would highly recommend you try to find a positive male role model who is willing to stand up and step in the gap.  Because churches realize how important dads are, there are often men who are willing to be mentors for children who would benefit from their presence in their lives.  Ask your pastor to recommend someone to you!

Kids who have a healthy relationship with their dad are set up to become much more successful and happy adults.  No matter what else is going on in our lives, we need to move over and make room for our husband to bond with our kids.  The next time your husband starts roughhousing with the kids and you’re tempted to stop him… don’t.  Dads bring something to our kids’ lives that us moms just can’t provide – and that something makes all the difference! 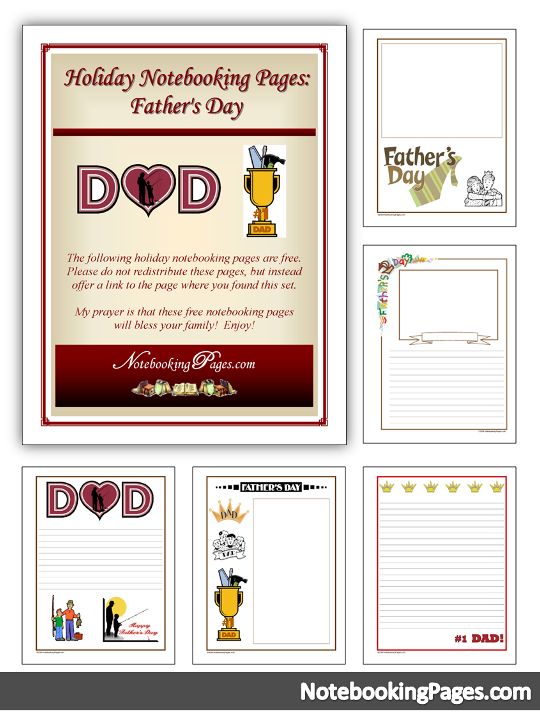 A fantastic gift kids can make for their dads! 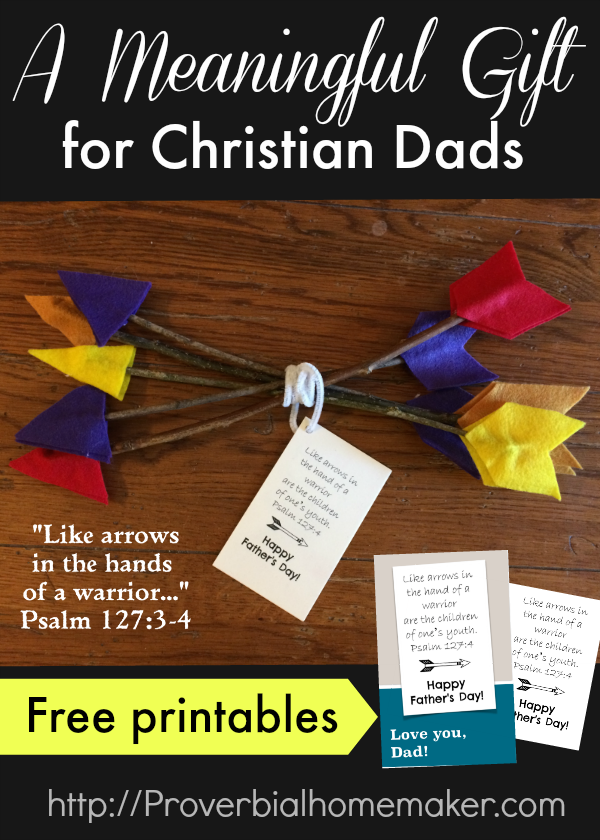 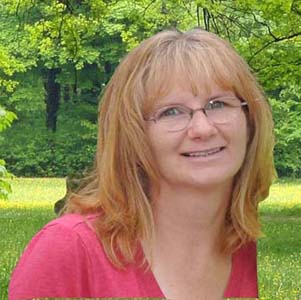 Michelle has been married to her best friend for 18 years. She is also a homeschool mom to her two wonderful (and tall) sons. Michelle is a Christian, a fan of simple living, and a lover of chocolate. She loves her spicy chai tea in the morning and she has a hard time staying out of the snacks at night. You can find her blogging at www.homeschool-your-boys.com. Her mission is to encourage and inspire parents as they homeschool their boys.