Who Were the Three Kings? Story of the Wise Men for Children

The three wise men are common figures in Christmas celebrations around the world. They nearly always make an appearance in the nativity scenes of the season. Very little is actually said in the Bible about the magi, and much of what we see today in portrayals of the Christmas story incorporate traditions and myths. It is important to tell our kids about these men and their experience.

The story of the wise men for children should include the whole biblical account of Jesus’ birth, the meaningful takeaways we can learn from their journey, as well as a chat about those church traditions that are NOT in the Bible. So, who were the three kings? Did the wise men bring Jesus three gifts or were there three wise men? Were they even kings at all?

Find out more below and share with your kids! 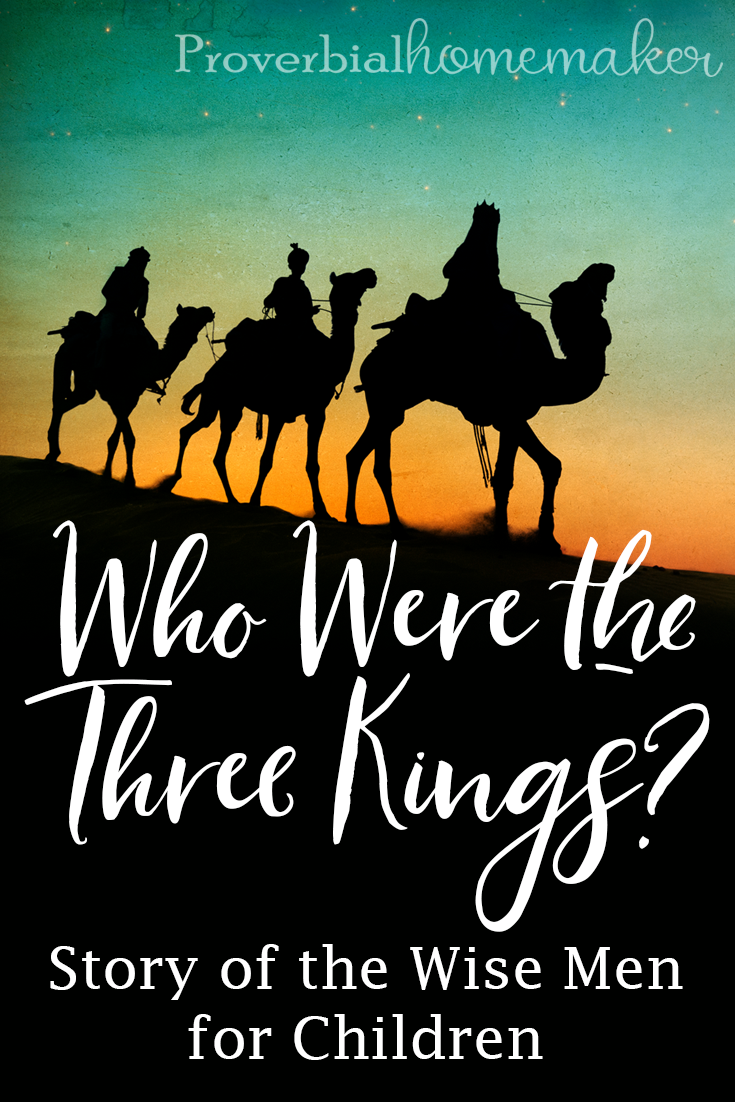 Now after Jesus was born in Bethlehem of Judea in the days of Herod the king, magi from the east arrived in Jerusalem, saying, ìWhere is He who has been born King of the Jews? For we saw His star in the east and have come to worship Him.î

…After hearing the king, they went their way; and the star, which they had seen in the east, went on before them until it came and stood over the place where the Child was. When they saw the star, they rejoiced exceedingly with great joy. After coming into the house they saw the Child with Mary His mother; and they fell to the ground and worshiped Him. Then, opening their treasures, they presented to Him gifts of gold, frankincense, and myrrh.

What is the story of the wise men for children?

Lets briefly explore a few questions about these men. Then I’ll share a resource to help you teach your children about the wise men!

What The Bible Does NOT Say

Some things we think we know about the wise men are actually not in the scriptures, but are church traditions and myths that we are used to. For example:

What the Bible DOES Say

While fascinating, and a bit unsettling for those of us who are used to the traditional depiction of the wise men at the stable, there are more important things about the wise men to focus on that are biblically supported.

Revealing Christ to the World

Many churches and families observe the Epipany, commonly celebrated among Western Christians as the day the magi visited the child Jesus. Epiphany means “manifestation.” When the magi bowed down and presented the gifts to Jesus, they were bowing down before the manifestation of God in flesh. Their act of submission and worship to Jesus symbolically revealed Him as Messiah to the gentiles of the world. That’s us!

A Light of revelation to the Gentiles,

And the glory of Your people Israel.

Joining Them on the Journey

If we are to be wise, we will follow in the footsteps of the magi this Christmas and in the year ahead.

What Should We Teach Our Children About the Wise Men?

All of these things we’ve talked about here are worthwhile to share with with your children. As you read books, watch movies, and peruse Christmas decorations, you will undoubtably see the myths, and those can be educational and interesting to point out. Doing so also helps reaffirm your family’s commitment to biblical accuracy.

But there is so much that they can learn from the story of the magi that IS true and good, that it would bless your family to spend a little time teaching about them! You don’t need to avoid activities and resources that show them wearing crowns and visiting the manger. Use it as a teaching moment instead. Discuss all the things above with your children as you journey through the Christmas season along with the wise men. You will be blessed by it! 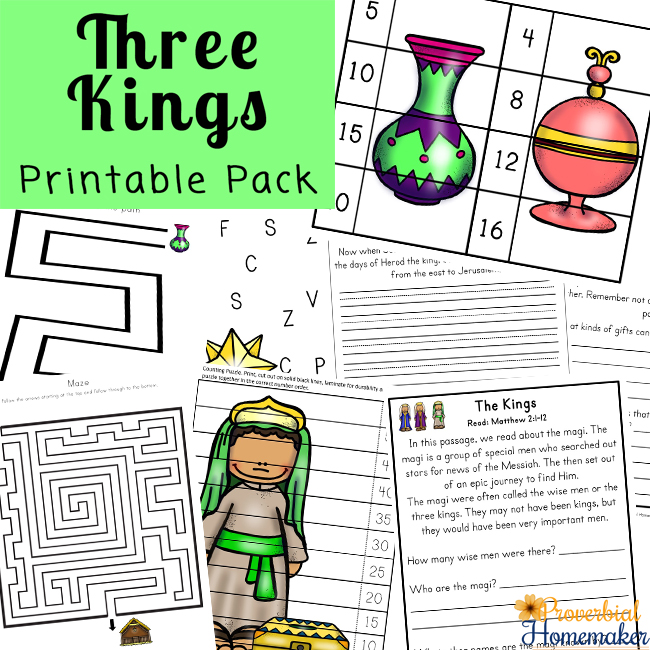