Nineteen. Sadly, that’s how many days stood between me and my ability to claim I was mom to four teenager daughters. You see, my eldest crossed the threshold into 20 nineteen days before my baby turned 13. I was disappointed when I realized that never would all my daughters officially be “teenagers” at once. But others don’t seem to agree with me; some feel it’s torture to have any teenagers under their roof. When did raising teenagers get such a bad rap? 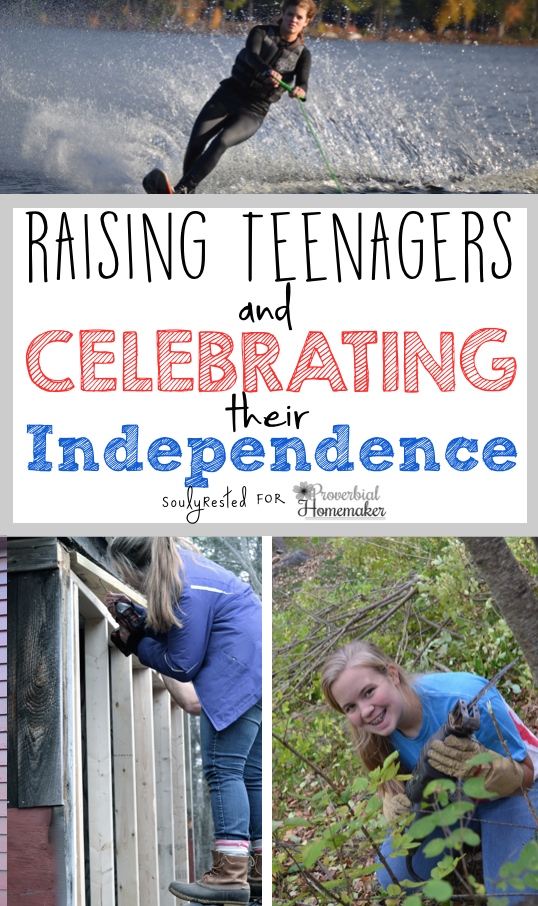 With Independence Day approaching, and our homestead all abuzz with preparations for their exciting 4th of July party—all their idea—I can’t help but think about how independent my own daughters have become. And how much I love raising teenagers.

Yes, you read that correctly. I love having a house full of teenage daughters.

So often we hear friends bemoaning the parenting of teens. We read weepy Facebook posts lamenting that in a few weeks a “baby” will be packing up the car and going off to college. We listen to complaints that “just yesterday” a rebellious teen was complacently cooing in the crib.

First off, I have never parented what I would call a “rebellious teen.” I’ve parented independent teens. Head strong, determined, prepared for the challenges of adulthood, and able to make wise choices that, indeed, sometimes differ slightly from their parent’s. But respectful. Secondly, I have to say it was NOT just yesterday that any of my teen daughters were cooing in the crib. (I decided recently I would never again say the toddler years “feel like yesterday,” and I would admit that my teenagers succeed because I fail.)

I Remember How Exhausting it Was

Many exhausting years stretched between the toddler afternoons of Elmo and the teenage after-midnight philosophical discussions. Many long days and tedious months yawned and ambled between the pack-n-play days and summer afternoons of hunting down extra-long dorm room sheets. Moms of little ones, I remember. And I don’t want to belittle your tired, achy stress by telling you those days were just yesterday and I wish I could relive them. No, I’m certain I couldn’t survive each of those days more than once. But I can tell you as exhausting and never-ending as the toddler years are, they are so very worth it. They’re worth it when tiny moments of sheer, joyous love are peppered throughout the sleepless nights and never-ending explain-the-same-thing-over-and-over-again afternoons.

But you know that.

If your oldest hasn’t reached the teen years yet, what you don’t know is that the long seasons with young ones under foot are also worth traversing through—even on the most thankless days—because they lead to the amazing, blessed years of independent teens who fill your days with deep belly laughs and your evenings with long, thought-provoking discussions. (Disclaimer: not unlike toddlers, teens still zap your sleep. The best talks aren’t even initiated until after midnight.)

I Avoid the Term “Teenager”

To be honest, I don’t use the term “teenager” often. I despise what it stands for: coddling youth to be irresponsible.

The term actually hasn’t been around long. If you can find a dictionary printed in the days before world wars, I guarantee you won’t find the word “teenager” between its covers.

In fact, I found an amazing gem that confirms this. In my small local library’s book sale last month my eyes feel on this worn, dusty, beautiful tome of words that was printed in 1920. Around the same time that this dictionary was coming off the printing press, a treasured family picture was taken of my Dad’s parents with his oldest sibling. 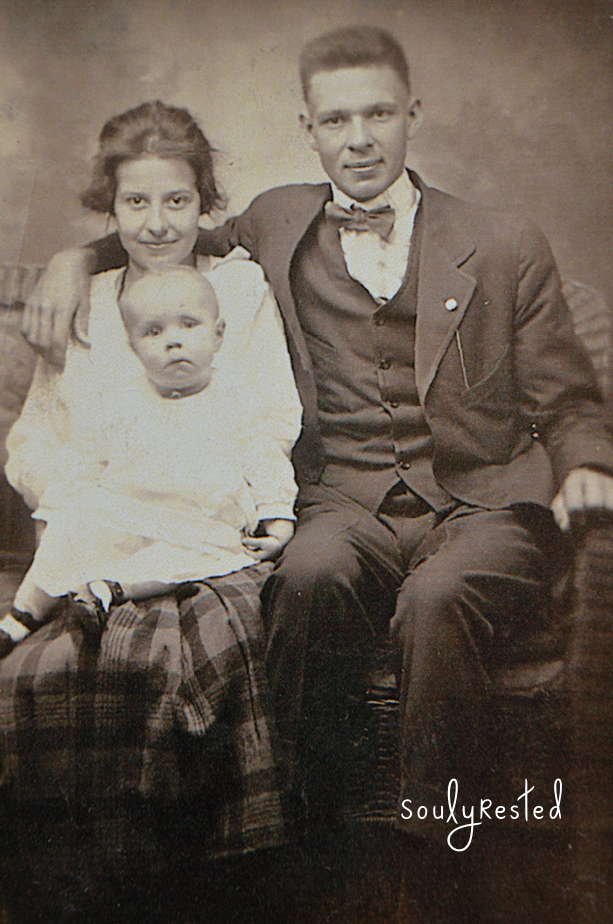 The dictionary printed in 1920 has no entry for “teenager,” because the term wasn’t coined for quite a few more decades. My heirloom picture also boasts of no “teenagers.” My grandparents, 17 and 19 in the picture, would have surely scoffed at the idea of “embracing their childhood a little longer.” There were farm fields to tend, food to can, clothes to mend, and a fulfilling life to live. (Read this post if you’d like to know more about that captivating little girl in the photograph.) 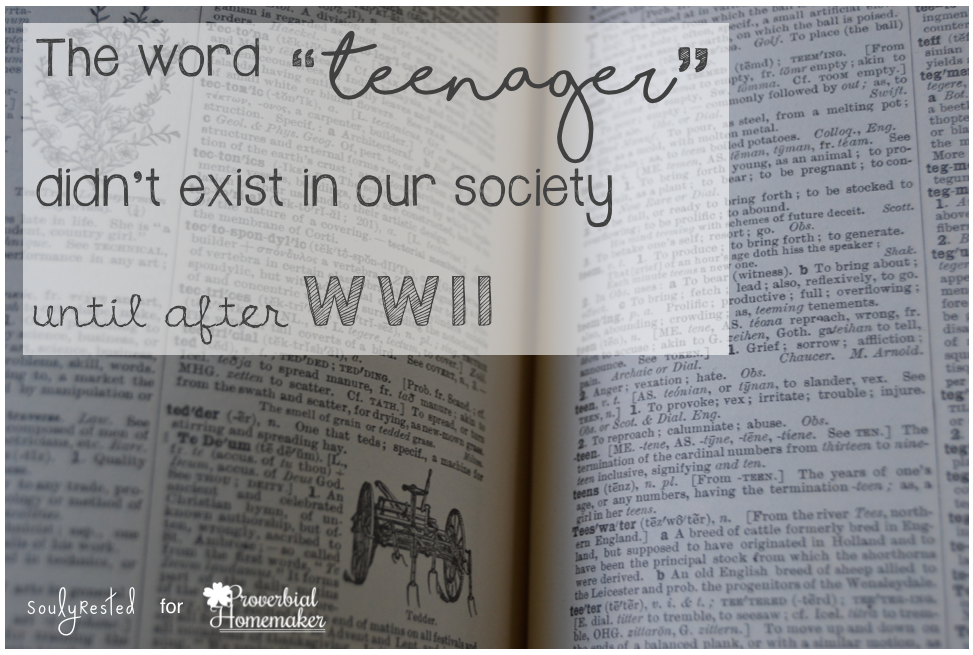 You see, the word “teenager” evolved in our society after WWII, in an attempt to let children stay children a little longer, after witnessing too many youth go off to war and never return. So young people who used to long to be mature and work side-by-side with adults, learning adult skills, were encouraged to hold onto their childhoods and not worry about responsibilities or independence. Yet adults then started lamenting the irresponsible “teenagers” that resulted. In truth, young adults don’t want to be indulged and given more time to be kids. Young adults enjoy working elbow-to-elbow with skilled adults who can teach them life skills. Young adults crave life skills. Young adults crave independence. Young adults long to gracefully slip into adulthood. But they can’t do that if they’re ill prepared to do so. They can’t do that if they’re overprotected as “teenagers.”

My advice to young moms? Joyfully put in the hard effort now. Then you will truly enjoy raising teenagers who are respectful and independent young adults.

If you are too busy, or have things to do that are more important than bug inspection with a toddler or a 10-minute discussion about a doll’s dress with your first grader, then you’ll never enjoy after-midnight deep philosophical discussions with your teenagers. They won’t care much about your opinion anyway, since you never seemed to care much about theirs.

Be sure to follow me, on SoulyRested.com, for Nature Study resources all summer long–a great way to connect with your child, of any age! (Just hop over to SoulyRested.com, and click the “FollowThisBlog” in the right-hand column. A few times a month I share tips from my New England homestead about my efforts to Keep It Simple.)

As soon as you follow along on SoulyRested.com, you’ll get an email with a 7-page, chocked-full-of-info, FREE printable that will get you started on an unbelievably easy, unlimitedly rewarding journey of Nature Study with a child.

If you skip out now, you’ll regret it. Don’t ignore their disrespect because it’s kinda cute. Don’t avoid the hard discipline because it just seems too hard to go through all the steps necessary right there in the middle of the Walmart candy isle. You’ll have struggled through the Elmo pack-n-play days but never get to enjoy the bitter-sweet summer days of preparing for college together, because your children will just be eager to leave.

Every scrapped knee you bandage today will build their courage and stamina. They’ll go on to play amazing travel ball and give God the glory with every wind up of every pitch. 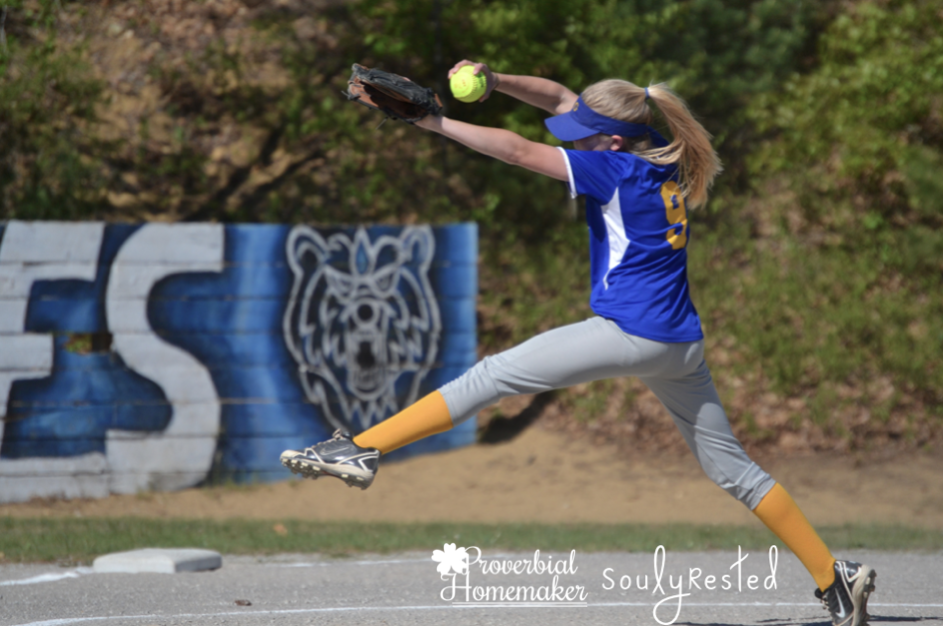 Every hard chore you make them complete, helping as often as necessary, and taking up twice as much of your time than if you had just done the act yourself, will build their confidence. They’ll go on to be an entrepreneur. (My daughter wrote this blog for the Philadelphia-based non-profit, TechGirlz, about how teens can use technology to start a business or work towards a “big and kinda crazy” dream.)

Every long talk you have about what it means to be a good friend will build their intuitiveness to others’ needs. You know that kid whose jelly-saturated fingers you had to pry away from the tower of wooden building blocks and make them share with the other little girl? Well that selfish, sticky, 2-year-old will turn out to be a 13-year-old who finds resources to share with her friends and then spends long summer days teaching those friends how to build the blogs they’ve been wanting. And her sticky days are long gone. 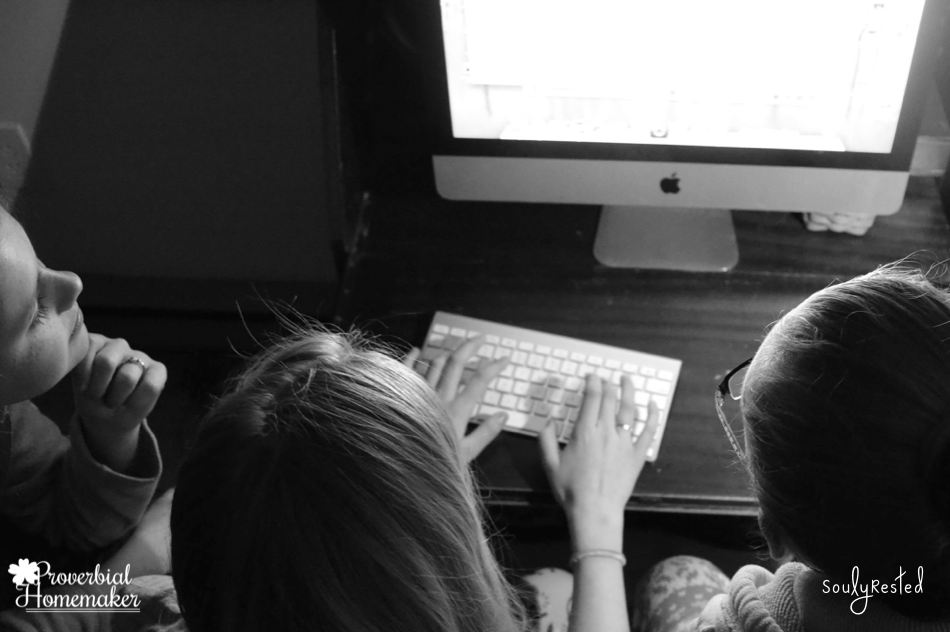 Every small act of kindness you require of them, will truly one day, in the future, lead to them thinking of acts of kindness on their own and executing them independently.

I Want to Encourage Young Moms

Shame on us veteran moms if we make younger moms feel like their days are easy. We need to build up those who are still in the trenches of Barbies and diapers and sticky fingers. We need to encourage moms with young children to fight the good fight, bandage scrapes, enforce chores, listen (really listen) to long boring discussions about legos and lincoln logs, inspire respect, and demand kindness—all with the end in mind: Raising teenagers who will make a parent laugh until it hurts. Raising teenagers who will cause pride to swell in their parents’ hearts when they witness their independence as young adults who respect their parents, love others, and honor God.

Shame on us moms of teens for going along with society and lumping all older youth into a pit of self-centered, disrespectful irresponsibleness then raising a banner over the mire labeled “teenager.” Instead let’s train our children when they’re young, walk beside and encourage them when they’re young adults, and celebrate their independence when they’re nearing adulthood.

But whatever we do, veteran moms, let’s vow to never go on social media and say “just yesterday” our teens were toddlers. Let’s remember that too many exhausting days stretched between the toddler afternoons of Elmo and the teenage after-midnight philosophical discussions.  Too many to count. So instead, let’s count our blessings. Raising teenagers–and celebrating their independence–is definitely one of them. 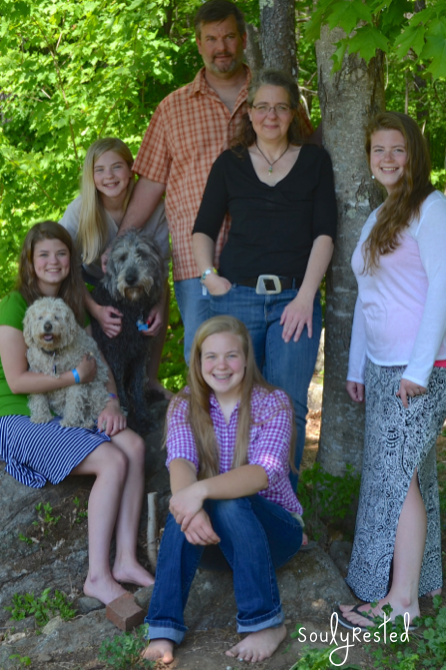